Since childhood, Piet Human has rarely stopped moving. He loves to travel and experience cultures different than the one he was raised in. When he can travel by motorcycle, he’s in heaven. 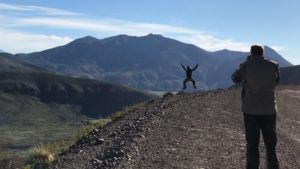 Piet’s parents moved from Cape Town a small town in Free State, before his first birthday. He spent many of his early years living and working on a mixed farm (wheat, potatoes, sheep, merinos, and vegetables), and riding motorcycles. There, before his feet could even touch the ground, he developed an affinity for riding on gravel and old-style scramblers. 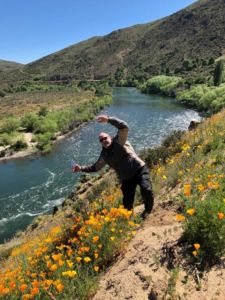 About to take a swim in South America

Motorcycling took a break after high school while he traveled for a year in the U.S. and Israel before buckling down to a Bachelors of Commerce and then a Law degree at the University of Stellenbosch. After another two years of travel, Piet trained with a legal firm in Johannesburg for two years, then worked as internal counsel for a large South African bank. In time he worked himself out of the legal department and into finance and commercial banking. He also completed his MBA on a part time basis at the University of Warwick in the UK.

Piet’s break from riding continued while he attended university, travelled, and married. It took two years to talk his wife into another motorcycle, and in 2003, he was back on a KLR 650, followed soon after by his first BMW 1200GS Adventure. His current 1200GSA collects dust in Los Angeles while he amasses thousands of miles on rentals elsewhere. 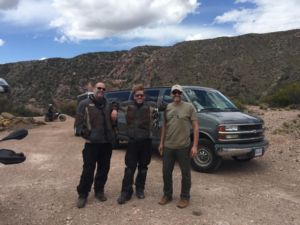 Two years ago, when Piet and his wife followed her career to Los Angeles, he made a dramatic shift. They agreed that instead of working in another large corporation, he’d be his own boss and try something different. He connected with Rene, whom he’d met through a mutual South African friend when Rene was on his round-the-world trip, and began working with him.

Piet loves being able to combine his love of traveling and motorcycling in a new way, but that’s not the most satisfying part of his work. 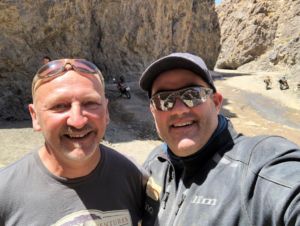 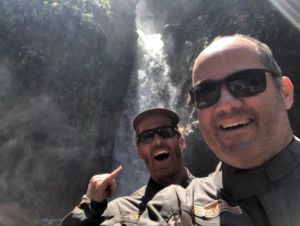 With John Wellburn in South America

“I love meeting all the different, yet like-minded people, and in a short period of time, establishing amazing relationships. The other part I enjoy is being able to provide an unforgettable experience that leaves people elated after we’ve delivered on their expectations. 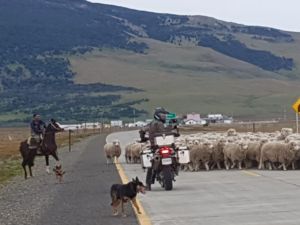 ”Guiding a group with diverse interests and riding skills through a remote area can be stressful. The way we deal with unforeseen circumstances distinguishes the good from the average tour companies. It’s also up to us to ensure the group dynamic goes well. People make a big investment and come with expectations. If we can satisfy that, we’ve accomplished our goals.

Piet also enjoys the behind the scenes work that’s integral to successful tours. 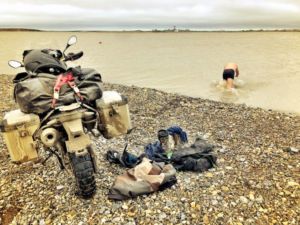 Swimming in the Arctic at Tuktoyaktuk 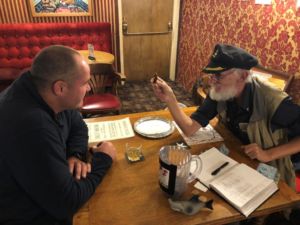 Listening to the Sour Toe Captain in Dawson City Yukon

“Last summer Rene, John, and I scoped out the fifteen-day North to the Dempster, Tuk, and the Arctic Ocean tour. It was fun to focus on the route and putting together an itinerary people would enjoy.

“In the next few weeks, I’m scouting out new tours in Southern Africa. Besides designing the daily itinerary, I’ll find the best spot for lunch stops and plan the distances so people don’t ride too much or too little. I’ll also discover the hidden restaurant and accommodation gems, all while travelling through amazing scenery!”

And then there are the motorcycle shows in Canada, the U.S., and the U.K. Piet enjoys interacting with the continuous stream of people who dream of travelling to one of Renedian’s growing list of destinations. 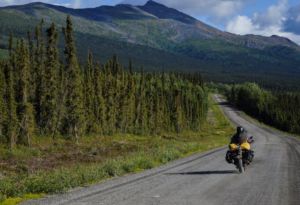 Riding the Dempster Highway in the Yukon 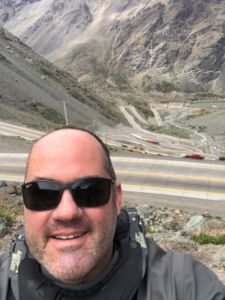 “It’s impossible to compare them,” he says. “My favorite place to ride a motorcycle is in Mongolia because it best suits my style of riding. But the food, accommodations, scenery, and wildlife viewing on the Waterfalls and Wildlife safari are amazing. Lower Patagonia in Chile is one of the most beautiful spots on the planet. The remoteness of the Yukon is spectacular from another perspective.”

But ask him about his preferred wine and he’s got it narrowed down. “It’s a toss-up between one of two South African reds: a ‘Trizanne Signature Wines’ syrah from the Elim region and ‘Fram Wines’ pinotage grown in the Cederberg.”