Cape Town: 10 Popular Things to See and Do While Here

Cape Town: 10 Popular Things to See and Do While Here

Cape Town is the start and/or end point on five of our African tours (see below). We encourage our guests to extend their stay if possible either before or after the organized trip they’ve booked with us. Members of our World Wide Crew are based here and know the area well. We’re happy to work with you to make the most of those extra days! Contact us to learn more.

Start with these highlights, then contact us for insider tips! 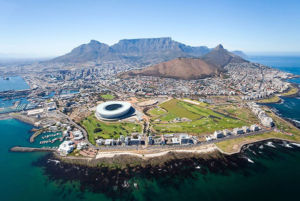 Cape Town, also known as the Mother City, is the second largest city in South Africa, after Johannesburg. It’s South Africa’s legislative capital and oldest urban area, established in 1652 as a supply station for Dutch ships sailing to East Africa, India, and the Far East.

Several theories explain how the nickname was derived. The most accepted is that someone wrote to the local newspaper in 1930s claiming Cape Town was the only South African city that could be called a metropolis. Metropolis is derived from the Greek metros, meaning mother, and polis, meaning city. Hence, Mother City.

10 Popular Things to See and Do

Arrive or depart from Cape Town on these tours: