“When I do an epic trip, like the Journey to Ushuaia, I want to ride,” says Jim Lueck.

Epic riding is exactly what he got on his first trip to the southern hemisphere last fall. Twenty-two days and five thousand kilometres on roads that dreams are made of: ribbons crossing wide open spaces, snaking through the Andes, and offering gorgeous vistas at every turn. “I’d rather be on the bike seeing countryside and having lunch at a secluded beach hut where all they sell is empanadas. If I want to be in big cities, there’s no reason to be on a motorcycle.” 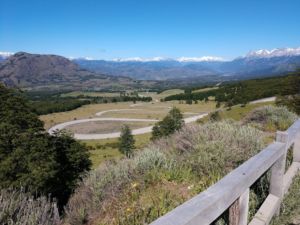 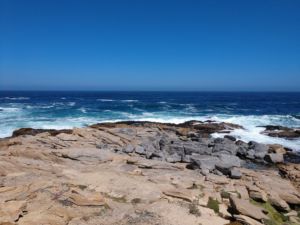 Years of riding have honed Jim’s skills and focused his riding interests. He cut his teeth on gravel roads and dirt, dabbling with the occasional enduro, then testing his interest in a few poker runs. Like many others, riding took a break while he raised his family.

He reentered the moto world in 2008 on a KLR 650, enjoying it for several years before moving to a Triumph Tiger 1050. When presented with an opportunity to ride the Continental Divide Trail in 2012, he bought a Triumph Tiger XC. The trip, his first big foray into long-distance travel, began in Mexico and ended in West Yellowstone before the group headed back to West Denver. Jim came away with indelible memories—and hooked on motorcycle touring and adventure riding.

His adventure travels have taken him south from McAllen, Texas, to San Miguel de Allende, Mexico for a New Year’s celebration. Likewise, he’s also been north. In 2018 he toured from his home in Michigan through Quebec and across the Trans-Labrador Highway.

Jim and his girlfriend Debbie also enjoy two-up touring on pavement on his BMW RT1200. They’ve slain the dragon and ridden the Blue Ridge Parkway from end to end. They’ve spent a week in the Ozarks, using Branson, MO, as a home base and branching out on cloverleaf tours from there. Later this year they’ll trailer the bike to Nashville for the BMW rally and points beyond. 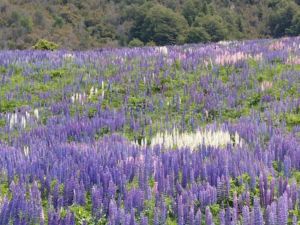 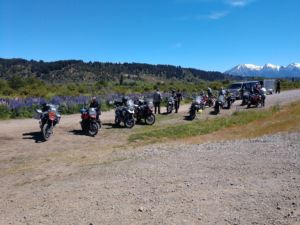 It was on the Trans-Labrador trip that the seeds for a riding adventure in South America with Renedian were planted—and took root. Several of his companions, including Jim’s friend Bob Alexander, had traveled in Africa with Rene and raved about their experiences. When Jim heard Bob was going to South America, he “pulled the trigger instantly.” 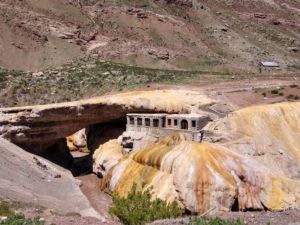 Everything came together for an ideal trip, says Jim. “Everyone in the group had similar riding skills and nobody struggled to keep up. The chemistry between us was fantastic. The weather was perfect—only one day of adverse conditions. The scenery was excellent! We’d crisscross from more desert-like, barren landscapes in Argentina into the mountains of Chile.

“Everyone we met was very friendly and a lot of fun to be around. It was refreshing to interact with locals in their natural settings and get to know them and their culture as they really were, especially once we were away from the borders and big cities.” 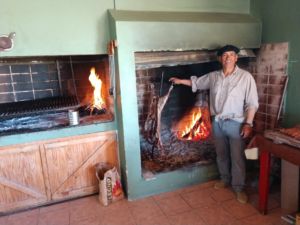 His most memorable times were the meals. The food was incredible and the camaraderie exceptional. “We’d stop at fun locations along a river or in a mountain pasture. Dinners venues varied from local pubs to very nice restaurants. Sitting around in the evening reminiscing about the day’s events was the best time.”

A planned private tour with Renedian in Africa in 2020 is proof positive of how well the group jelled. Most of Jim’s riding companions will be going, the majority of them traveling with Renedian for the third time. 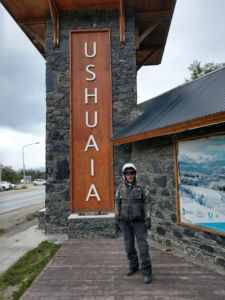 Jim acknowledges it will be a challenge to balance all the opportunities on a list that keeps growing. “I want to keep going to different places and countries but there are still a lot of the States that Debbie and I haven’t been.”

Good luck Jim. We know you’ll have a wonderful time working on that list.