Jim McKeown: Tip to Tip from Africa to South America

Jim McKeown: Tip to Tip from Africa to South America

After Jim McKeown traveled with Renedian to the tip of Africa in 2013, it seemed only right that he ride to the tip of South America. He signed up for the Journey to Ushuaia last fall and his dream came true. 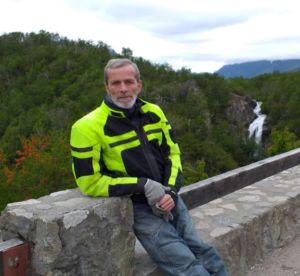 Jim began riding a 350 Honda at age fifteen and rode into his twenties when his daughter arrived. Twenty-five years later, his wife encouraged him to return to riding. By then he’d taken up golf and was “getting very good” at it, and he couldn’t do both. A visit to Florida in 2010 and a D200 next door changed that. He bought a BMW R1200RT and the golf clubs went into storage. Now he rides a 1200 GSA and dusts off the clubs about once a year.

“My wife Deborah and I enjoy long distance touring and have travelled a lot in Canada and the U.S., especially the east. I also travel alone a fair amount. For years I worked for an American company and rode cross-country to meetings rather than flying or driving.

“Now I work less and have more free time. Deborah works on weekends and it’s common for me to throw my camping equipment on the back and take off for three or four days. 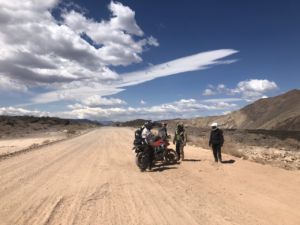 “We rode together in Africa but the roads in Argentina and Chile are best suited for one-up travel. 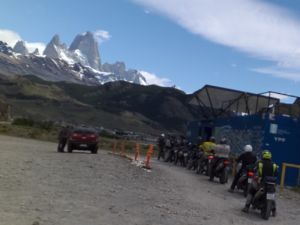 “I’ve lived in the Rockies and thought how cool it would be to ride in the Andes. Even with my mountain experience, Chile’s beauty caught me completely off guard. I never expected such grandeur. Or winds! 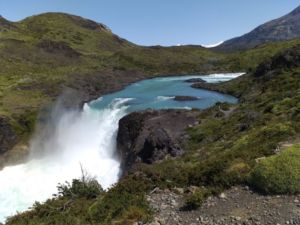 “There were a couple of days where the crosswinds blew constantly at 100 kph. By the end of the day I felt exhilarated—and a little beat up!” 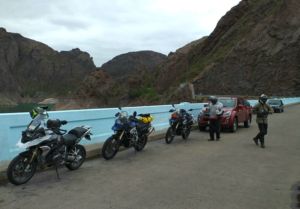 Jim loves following a river bed or lake and once rode along the Mississippi River from Minneapolis to the Gulf of Mexico. The route through Chile, which paralleled many bodies of water, including pristine lakes, delighted him. Generally, he appreciated the combination of spectacular scenery and navigating roads that were off the beaten track. 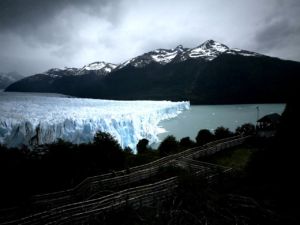 “Many times I wondered, how did you find this road and why would you even be up here? But those roads took us along mountain ridges, to snow caps, and waterfalls. The glaciers look like how I remember the Columbia Icefields in Alberta in 1962. 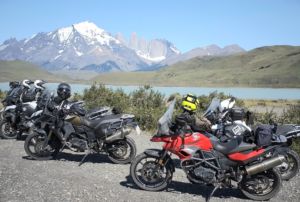 “We also went through smaller towns where we ate at local restaurants and met local people. You wouldn’t necessarily know that if you were traveling alone, especially if you were constrained by time.”

“When Jim and Deborah went to Africa, they arrived early to get their bearings, see the culture, and reset their clocks. He did the same thing in South America, arriving in Mendoza five days before meeting up with the rest of the group and exploring the city. 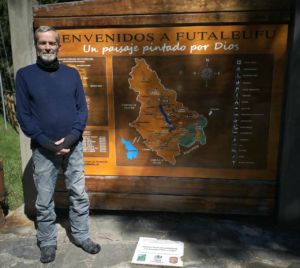 Fifteen kilometres south of Ushuaia, he reached the tip of South America. He wishes now he’d planned to spend more time in the lively coastal town but it was time to go. Besides, other dreams await.