Don’t let the facts that Paula Hines is 71 and rides with two artificial hips and an artificial knee (the mate comes this winter) fool you. She can ride circles around anyone. 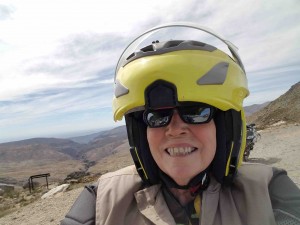 Paula started riding in 1975 and became an instructor in 1985. She still teaches, as well as reviews, other instructors. From 1993 to 1996 she and her Gold Wing were part of the North Carolina precision drill team that won  six international championships. 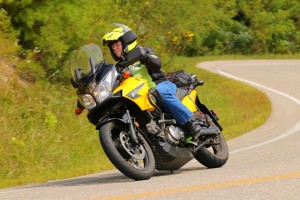 Her interest in off-road riding began three years ago when she purchased a 650 V-Strom and began riding fire roads with friends. The more she did it, the more she liked it.

On a whim, she decided to attend Rene’s presentation at a nearby BMW retailer. After devouring The University of Gravel Roads, she signed up for the Garden Route trip. With her limited off-road experience she thought it prudent to stick to a mostly-paved route.

“It wasn’t as thrilling as some areas but it was the most beautiful part of Africa I could think about visiting,” she said. “It was also a little shorter distance, which seemed more doable for me.” 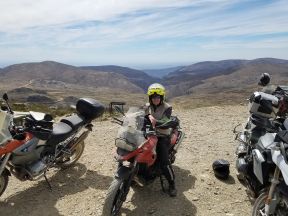 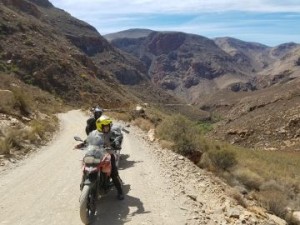 The second day was her most epic. “The views were stupendous and 180 km/120 miles of gravel a challenge. The mountains, while not as high as the Alps or Rockies, were comparable in their requirement for technical skills, especially given the lack of guardrails and riding on the left. It was such a thrilling ride.”

Walking past the bar that evening, she overheard someone say, “Well she can ride!” It made her smile and was fun to hear from others. Her greatest satisfaction, however, came from her sense of accomplishment. 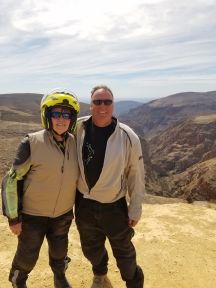 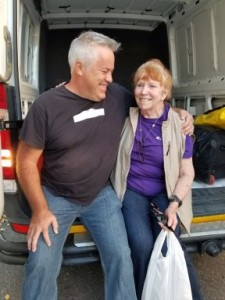 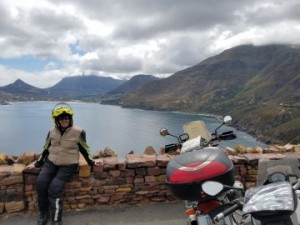 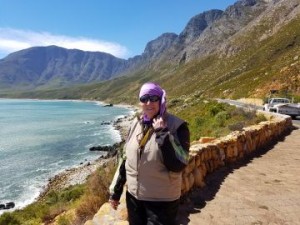 As epic as the riding was, Paula’s experience went even deeper. She’d read Nelson Mandella’s book Long Walk to Freedom, and loved learning more about evolving South Africa and her people. The contrast between ultra modern Cape Town and countryside villages was striking, yet even in what appeared to be abject poverty, people were welcoming and smiling. 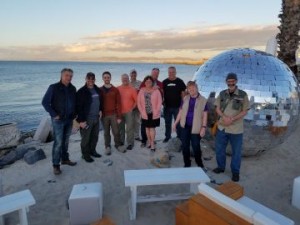 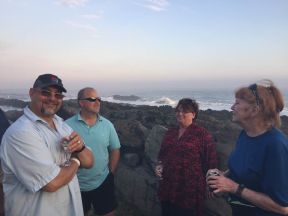 Road hazards are very different from what we experience in Canada or the United States. Passing through an area of ranches, they startled an ostrich running full speed between fences designed to contain antelope. Apparently oblivious to the group of motorcycles until the last minute, it screeched to a halt, looked at the group incredulously, and turned and ran off at high speed in the other direction.

Another time, while riding through Addo Elephant Park, they had to stop and wait for an elephant to amble across the road. 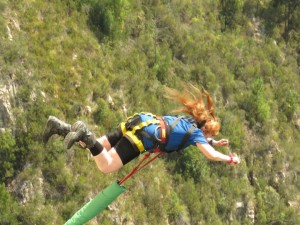 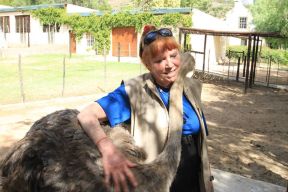 “We stopped by the seashore at a place that may have been a garage attached to a house,” says Paula. “The South African woman who ran it used the space to entertain parties and feed them dinner. She’d decorated it to look festive with fairy lights and eclectic paraphernalia.

“She and her friend sang a welcome song and then placed the food out, buffet style. They sang while we ate and again to bid us farewell. 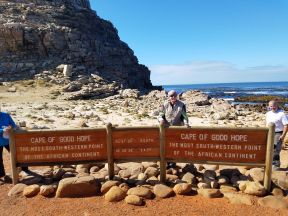 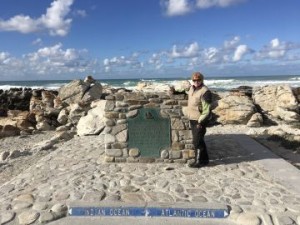 “The whole trip was a wonderful experience, and to do it by motorcycle made it even more meaningful. It’s such a freeing experience. I can’t imagine enjoying life any other way.”