No one wanted to say good-bye—to each other or Africa. Bob and Mary Beth Alexander’s 2016 Victoria Falls to Cape Town tour marked their first trip to Africa and the first time they’d joined an organized tour. Twenty-one days of incredible experiences later, they wanted more. 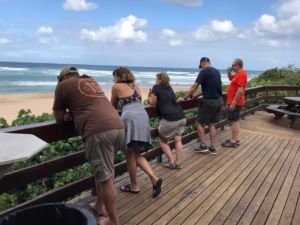 They weren’t alone. Some of the group met up again in 2018 for Renedian’s Journey to Ushuaia but dreams of returning to Africa were never out of mind. Ultimately, two riders who’d been on both trips decided to put together a group of riders who’d travelled together on one or both trips, plus another friend Bob had ridden with for thirty-four years, and approach Renedian about creating a private tour in Africa.

“We’d experienced a Renedian tour and the people on the tour,” says Mary Beth. “We wanted to do it all over in a different part of Africa. 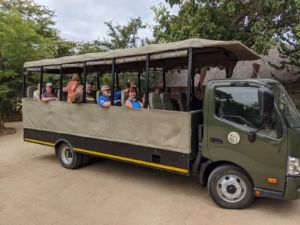 ”At the time, Renedian didn’t offer a trip in the area we wanted to see but they understood what we’d enjoyed and what was important to us. We gave them our wish list and they shaped it, did all the research, and put together a draft for our review. We made a few tweaks but they did ninety-five percent of the planning.”

Much of their route is now covered in the paved Cape Town to Victoria Falls tour.

“There’s so much variation, within southern Africa,” says Bob. “Even distinct regions within countries display notable differences in terrain, cultures, and the way people dress. We crossed more mountainous areas. I love to experience new landscapes and learn about people and their history through my travels.

“While the first trip went through more remote areas on gravel roads, this one was mostly paved and more urban. Every day was a new experience.” 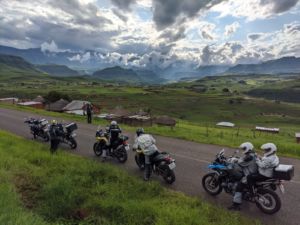 “The second trip was a little more comfortable in the beginning because we knew people,” says Mary Beth, “and the whole trip had the expertise, feeling of comfort, and attention to detail everywhere we went.”

Bob recalls an unforgettable first day in Johannesburg. “We toured the Mandela Museum, Mandela House, and traveled southwest to Soweto township bordering the area of gold mines. Then into Kliptown, Soweto’s oldest residential area of muddy allies and tin shacks. You’re in the capital of South Africa and around the corner is this abject poverty! You see progress in the long transition out of poverty, the emphasis on education, and people working to improve their lot in life. As bad as I thought they had it, they still smiled.” 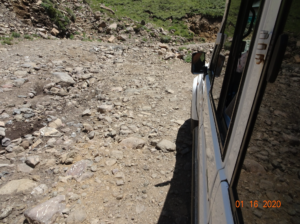 Adventure of a different nature awaited a few days later when they scaled the Sani Pass between South Africa and Lesotho. Described as one of the most dangerous mountain passes in the world, torrential rain had made it accessible only to 4X4s. Sheer drop-offs ignited adrenalin surges, exacerbated by two-way vehicular and pedestrian traffic. 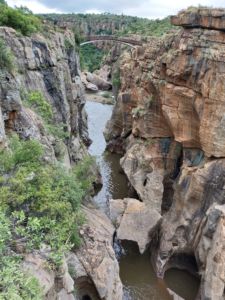 Game drives, spectacular lodges, and coastal rides in Mozambique all added to a wonderful immersion in a unique part of the continent. 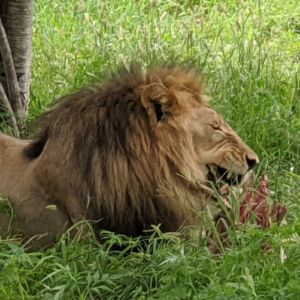 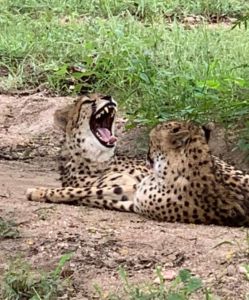 Mary Beth offers advice if you’re thinking of booking a private trip. “Know what you want to do and see. Set clear expectations and don’t be shy about communicating them. For example, know whether you want to be close to town or prefer rural and more remote areas. Make sure to build in rest days. 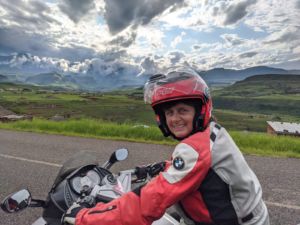 “We had an advantage in that we already knew that Renedian was top class and we trusted them. They went out of the way to get a Spyder or I would have been a passenger. 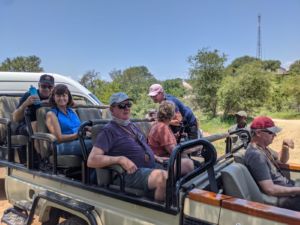 “The smaller group on our private tour in Africa felt more relaxed and had opportunities for individual interests. It also felt more intense, maybe because we were more tuned in to where we were. Overall, it still felt like the first time and left us wanting more. We haven’t said good-bye yet. Until next time!”