Steven Levitt’s African Waterfalls and Wildlife highlight was filling up the gas tank on his motorcycle. That’s when he got the best chance to talk to locals and begin to know them. “You’re experiencing Africa like you’re part of the community,” he says. 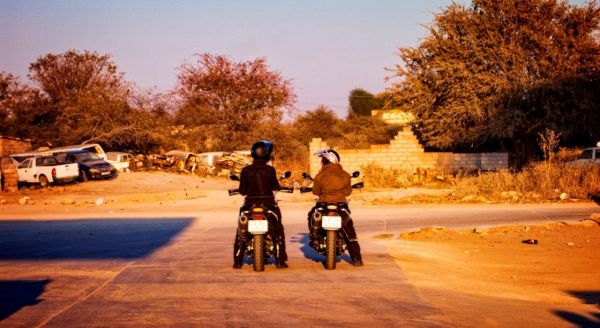 As you get to know him, it’s not surprising. Approaching people without judgment, appreciating them for who they are, regardless of race, religion, or any other bias, is a way of life for Steven and Stacey Levitt (read Stacey Levitt: Ready to Ride).

Their motorcycles are integral collaborators in many of these ventures.

For the past five years, he’s designed the route for Toronto’s B.A.D. (Bikers Against Despair) Ride. As Canada‘s oldest and largest helpline, the Distress Centres it helps fund a 24/7 emotional safety net for the vulnerable and at-risk. 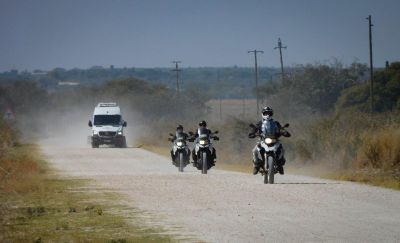 Additionally, since 2009, he’s played an active role in organizing the annual Holocaust Ride to Remember (R2R). Cities in Canada and the U.S. submit proposals to host the event and participating clubs vote for the final location.

Begun in 2006 by the Jewish Motorcyclists Alliance, it commemorates the events of the holocaust and the lives of those who perished. Funds raised go to local education in the host city.

“We want people to know what happened, how it happened and why it happened. We can’t let it happen again. 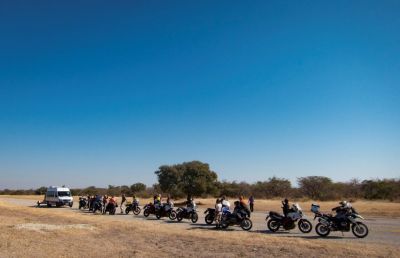 “We’ve not come across any anti-Semitism, and we’ve been in some pretty seedy places, always travelling on backroads.”

Last year (2016) as the co-chair for the Birmingham, Alabama event, Steven helped organize the rides. Saturday had three options: ride to the historic Barber motorcycle museum, through the National Forest, or follow the historic route taken by Martin Luther King in 1965 as he led the Freedom March. That ride started at the little brown church in Selma and followed the exact route, including crossing the Edmund Pettus Bridge.

“We were dying of heat on our motorcycles. In 1965, most of the peaceful protestors were dressed in suits and walked around the clock for three days to reach Montgomery.”

That’s why filling up the gas tank was the favourite part of Steven’s African trip. It gave him a feel for the country. He was just like everyone else, interacting, going inside, going to pee, and talking to other people who were tanking up. 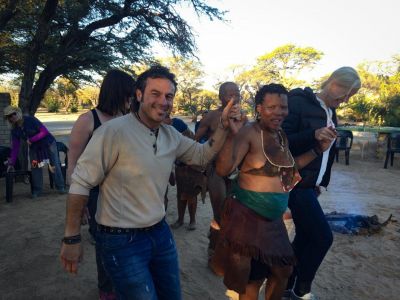 “You experience Africa like you’re part of the community.

“There’s nothing I can say and nothing any of the 5,000 photos can depict to convey the feeling, the elation that was our African experience.”

As he and Stacey discovered, coming home was a tremendous culture shock. Returning to work almost immediately helped him integrate back into life in our culture.

If they have their way, more trips with Renedian are on the horizon.

And undoubtedly, so is more motorcycle-inspired philanthropy.