In 2008, his father died and Sylvain felt the need to go on an overseas journey of self-discovery and healing. He was married and had never been anywhere alone in his life. As a rider, he knew the motorcycle, with its meditative qualities and the way it embraced nature, was the vehicle to carry him there. 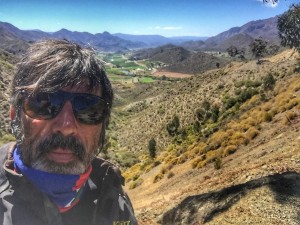 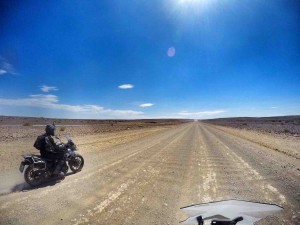 His work as a sound mixer for television and film had taken him all over the world, and he had a gazillion airline points. Investigation showed him Vietnam was an inexpensive destination.

“I found a guy who was doing motorcycle tours and wanted to open up new routes,” he said. “He asked me if I’d be OK going to unusual places, and I was in. It was just the guide and me for two weeks, riding on very small motorcycles, sleeping in people’s homes in villages that seemed to be stopped in time. They had no electricity and were very primitive.”

As much as the trip was healing, it left him with motorcycle travel fever. 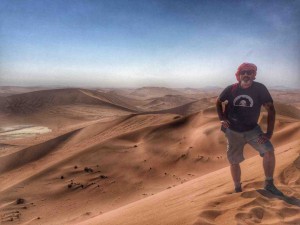 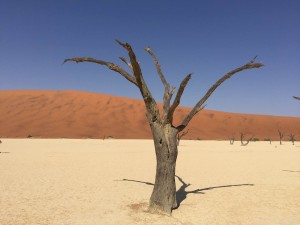 In 2010, he went to work in Columbo, Sri Lanka on a three-month contract. The first thing he and a colleague did was rent 150cc Yamahas.

“We commuted to work during the week and every weekend we rode out in different directions as far as we could. In the three months we were there, we put about 4,500 kilometres on those bikes. The middle of the country is mountainous, like a mini Switzerland. The cool weather is perfectly suited for the many tea plantations and pastures that feed dairy cattle.” 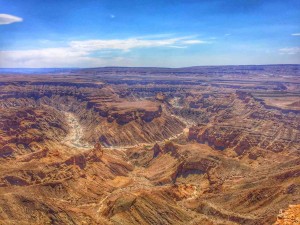 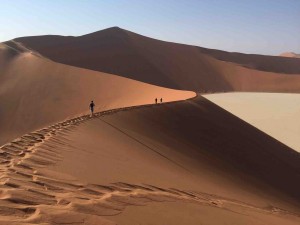 Between work contracts, he and his friends began doing more travel to South America, enjoying the autonomy and flexibility of renting bikes and purchasing self-guided tours. That’s how they saw Ecuador and the Patagonia region in Chile and Argentina. 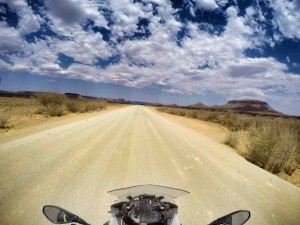 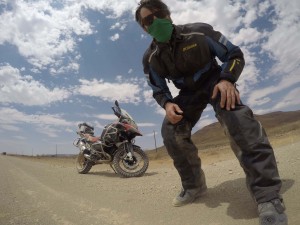 Last year, Sylvain decided to do something extra special for his 55th birthday. He’d never been to Africa and for all his adventures, was somewhat intimidated by the continent. He knew Renedian Adventures was at the forefront of international motorcycle tours there.

“The scenery is unlike anything I’d seen before,” he recalls. “Being on a wide open dirt road felt really liberating and exhilarating in a way I’d never felt before. The riding experience was excellent, event though at times the sand and heat made it challenging. But there was never one moment that I didn’t feel happy to be there on the motorcycle. 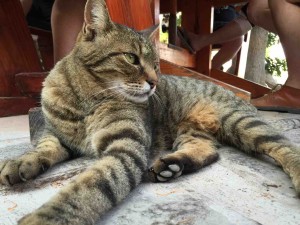 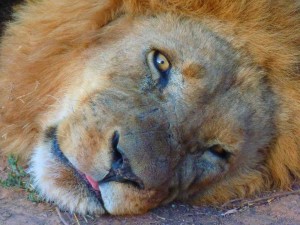 “Everyone, even the border officials, went out of their way to make us feel welcome.”

Aside from the adrenaline rush, it was a profound experience.

“It made me think of the adventurers,” he says. “The people who went there in the early 20th  century with limited means and resources.

“I tried to picture myself in that time and how I would have fared in an unwelcoming land. Those people, immigrants from Germany and France, were so courageous. I wondered what would bring them here and how they and the animals could survive with no water and very little to eat. 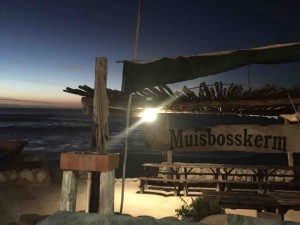 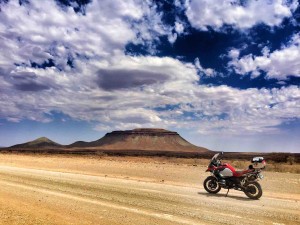 “We would be riding and in the middle of the day, in the middle of nowhere, was a well-kept farm. I wondered what they were growing. What are they doing? What kind of life would that be? Why would they emigrate from a well-off country to a wild environment?

“It made me marvel at the ability of the creatures of this earth to survive in harsh conditions.”

That’s why he travels. “I want to experience life in different countries, have a feel for how people are living, and what their degree of happiness is.”

Since his trip to Africa, Sylvain and a friend have been to Colombia, this time on another self-guided tour. Now he’s trying to decide where to go next.

You can bet that wherever it is, Sylvain will be off the beaten track, getting to know different people, and understanding different perspectives. 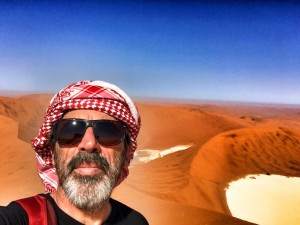