Motorcycle tourers at heart, Steve and Jane Cornell have ridden all over the continental US, England, and Canada, and were ready to expand their horizons to another continent. Their biggest constraint was timing—they run Aysgarth Station, a year round Bed and Breakfast in Bar Harbor, Maine and need to travel during their off-peak times.

Both are avid riders. Once a cross-country racer, Steve’s been riding for more than 40 years and currently rides a HD FLHX Street Glide and a ’74 Norton Commando he’s restored. Jane loves her 2011 Triumph Bonneville. She’s been riding 3.5 years and prefers to stay away from gravel, so when they decided to go on Renedian’s Garden Route safari, it was going to be on one motorcycle. 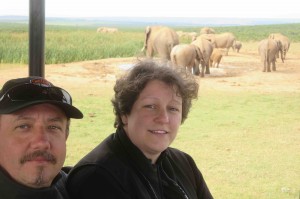 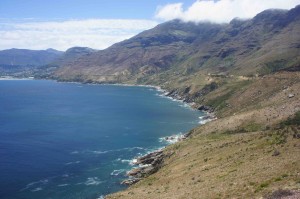 Aside from the dates, the Garden Tour appealed to them because they’d experience new and diverse culture, scenery, and wildlife—they’d be crossing famous mountain passes, seeing Right Whales, riding alongside the Indian Ocean, and going on an optional Shark Dive.

This trip was also different in that they’ve never done a guided trip, where someone else was in charge. Although initially a concern, it turned out to be a bonus. “If we’d have done the tour on our own, we may have missed many things, even if we did a ton of research,” says Steve, recalling the shark dive and riding elephants. 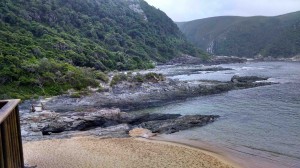 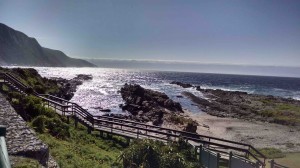 “We live on the coast so probably my first choice would have been Waterfalls and Wildlife for the animals,” says Jane, “but I’d pick this again for the ocean drives, the scenery, mountains, and the views. It’s all about the riding, and that’s what we needed.”

They also worried about group dynamics and whether they’d fit in, especially when they heard the other three couples had traveled together with Renedian. They needn’t have. “The group, a combination of couples and singles, jelled really well,” says Steve. “We had amazing conversations together and privately. That was huge for contributing to the whole experience. There was a lot of mingling—having a drinks together and sharing photos in the bar or garden.” 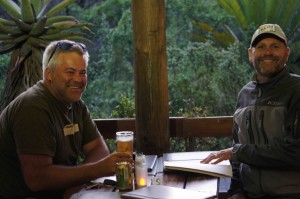 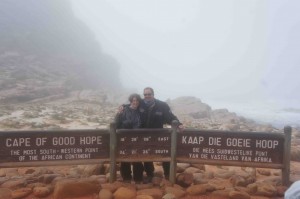 This safari crosses many mountain passes and those rides stand out in Steve and Jane’s mind. Every pass has a legend about the builders, tragedy, triumph, and there are even mountain pass ghost stories. 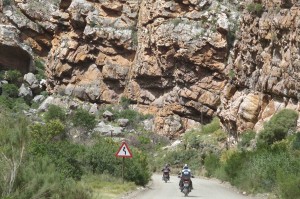 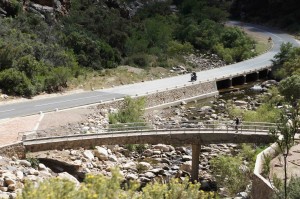 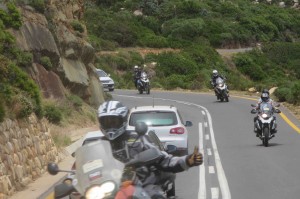 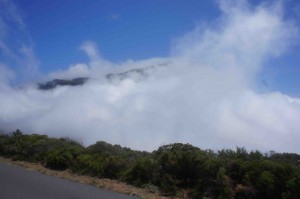 Both Steve and Jane grew up in the hospitality industry and have a critical eye for things that other people wouldn’t even notice. “The safari is not a machine,” says Jane. “Rene keeps a personal touch. He, the driver, and the fellow travellers end up being a group of friends traveling together. Clearly the manner in which Rene makes everything seem so effortless, shows he knows the environment and puts you at ease. It’s obvious he enjoys it.” A flat tire on the van brought out the camaraderie she’s talking about. Rather than sitting around and waiting to get it fixed, three people dug in to get them on their way again.

“Evenings were spent as we would with our guests at the B&B,” says Jane. “You can sit around and interact, but how much you participate in the conversation is up to you.” 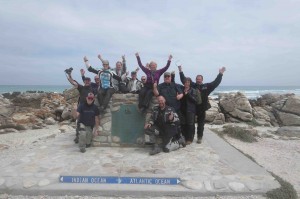