A beret-topped gaucho sits on a horse, followed by a dog. In the distance 1,000 sheep graze on the pampas. He’s Argentina’s national symbol and the image that represents the country to Sylvain. 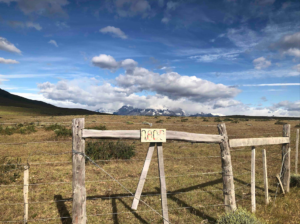 He’d had been to Chile and Argentina but only for eight days in northern Patagonia. Because he’d done it on his own and in a rush, he felt he’d missed out on many things. When an opportunity to ride a reverse itinerary of Journey to Ushuaia came up in January 2020, he jumped at the chance. 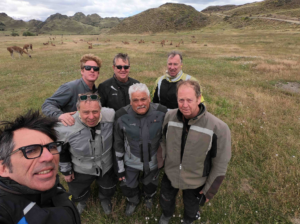 “Because I’d done a trip with Renedian before (Sylvain Arseneault), I knew that I’d get to see way more than I could on my own and get unique information about the country. You get to see the nuggets and ride the best roads without worrying about getting lost or where you’re going to eat or sleep. That stress reduction aspect is big for me. 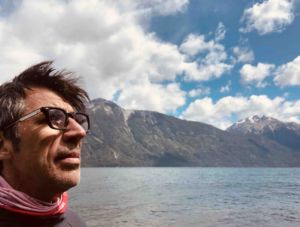 “When picking destinations, I look for environments that overwhelm me in a good way—where the nature blows my mind, my vision fills with colours and sights, and all my senses are stimulated.

“Even when I’m on my own, I don’t travel with a plan, preferring to let things unfold as they will. With Renedian, I could always find something wonderful in what we were doing. There was never a hint of disappointment on this trip.

“As a boy scout and soldier, I learned to orient myself with the sun. Being so far down in the southern hemisphere with the sun in the “wrong” place, I could never figure out which way I was going. A small compass attached to my tank bag helped me make sense of our direction of travel. 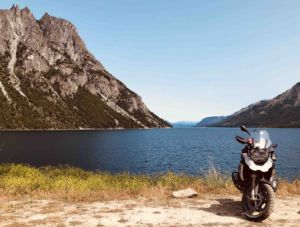 “The scale of the landscape was amazing. You could stop the motorcycle and look ahead to snow in the distance. Then you’d turn around and see a huge desert behind you. It makes you feel small, like you’re an explorer, even though it’s a well-worn path.

“When I’d see a road going to the mountain, I’d be thinking about the first people that came here and had to build that road. What made them go that way?

“The air was so pure and the water the cleanest I’ve ever seen. You could drink the water you’re swimming in.

“We had hard, intense moments when we had to be 100 percent focused, like riding through 100 kph wind on rough gravel. That’s when I felt truly alive. It’s not about fighting for control but it demands your presence and concentration. 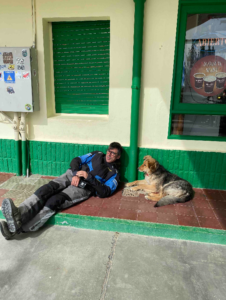 Sylvain Arseneault enjoys his work in Toronto’s film industry but even exciting contracts take a back seat to travelling. “I was working on The Shape of Water when I took time off to go to Africa. (The movie went on to win an Oscar.) Life is short and unemployment doesn’t scare me.

“This winter I could have stayed in Toronto, working on a TV series and movies, but there’s more to life than work. These experiences of travelling are what I will remember forever. I’d love to go to Mongolia but it is harder to find a replacement in summer.

“I do this for myself, not for anyone else. The pleasure I get when I’m on a motorcycle riding through breath-taking landscape is an emotion I’m not getting at work. 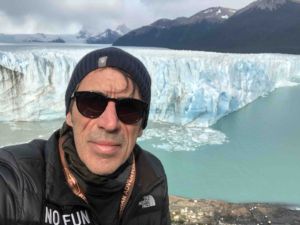